Did You Now that Season 1 for Apex Legends is Live? Well, it is.

We all know that Apex Legends caught so many by surprise, when it was literally launched the same day it was announced. And low and behold, it seems to have become quite the popular game, with many, many people playing. So, with that being said, here is more news that should catch your interest about it.

The inaugural season of Apex Legends has officially started with Season One hitting the game. It’s dropping Legends, unique rewards, and the first Battle Pass into the arena.

Wild Frontier kicks off with the arrival of Octane, an adrenaline junkie looking for a rush. He never has to slow down with his unmatched speed and self-heal, and his Launch Pad Ultimate Ability lets him take down his opponents from above. In the Legend’s own words, “By the time you see me coming, I’ll be going, and you’ll be gone.” This new character can be unlocked via 12,000 Legends Tokens or 750 Apex Coins in the game.

So, there you have it folks, some pretty great information on the first Season Pass for Apex Legends. 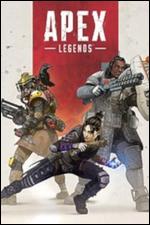 Xbox one no signal
Post by debrartin
0 Replies, 43125 Views