Final Fantasy VII is Now Out on the Xbox One

Video games are an interesting thing, as some games just leave such a positive and emotional impression that those who playthem feel like they just finished playing a masterpiece. Well, one of those games is Final Fantasy VII, a game that was origianlly released on the PSone.  If we fast forward to today, that game has just been released on Microsoft’s console, the Xbox One.

This news is quite exciting to many, as new fans can play the game on the Xbox One, and returning fans can relive the classic game on a modern day console.

For those new to the game, in Ffinal Fantasy VII, the world has fallen under the dominion of the Shinra Electric Power Company, a sinister corporation that has monopolized the planet’s life force as Mako energy. Players will follow the story of the powerful ex-soldier turned mercenary, Cloud, in an attempt to save the world from destruction, alongside the anti-Shinra resistance group Avalanche. Using innovative character customization options to create fun and interesting combinations of their favorite party members, players can fight to save the planet and discover the truth about Cloud’s mysterious past.

Final Fantasy VII has received the following enhancements for this modern day release:

So, with all that being said, check out the launch trailer below: 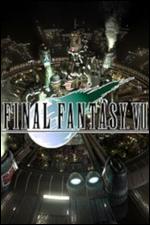