Games with Gold for April 2019 Announced 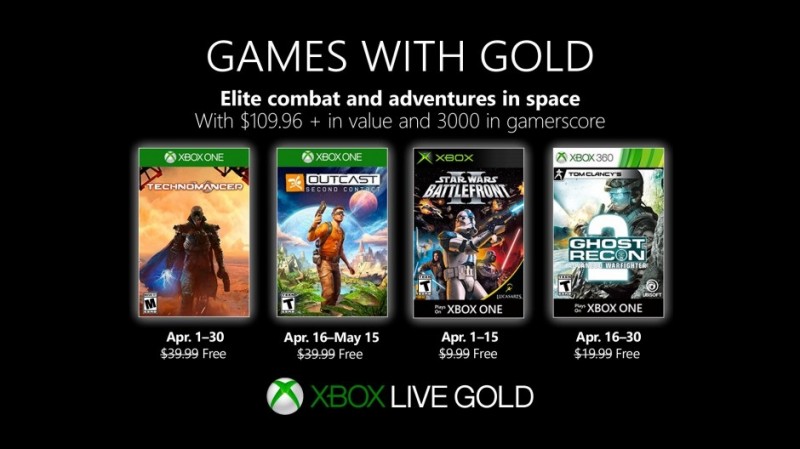 The Technomancer - Available April 1 to 30 on Xbox One

Outcast: Second Contact - Available April 16 to May 15 on Xbox One

So there you have it folks, 4 games that you’ll download for free, as long as you have your Xbox Live Gold membership.