So, our small little site, which has been around since 2001, seemed to have missed a release announcement, but alas, we have it and are posting a few days late. What is the news you ask? Well, that is a great question.

Double Fine Presents and Boneloaf launched Gang Beasts on Xbox One for $19.99. last week. Additionally, the game will be discounted at 20% from March 27 to April 9.

Take a look at the trailer below: 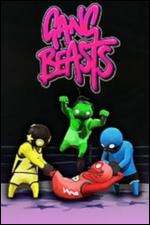