Smoots World Cup Tennis Out on April 5 on Xbox One

If you’ve been looking for a cute, arcade like tennis game (hey, who hasn’t right?), then this news might be of interest to you as independent development studio Kaneda Games will release Smoots World Cup Tennis on Friday, April 5 on Xbox Live.

Smoots World Cup Tennis is a multiplayer arcade tennis game featuring customizable characters. The title contains 66 tournaments around the planet and 6 unlockable mini games. It lets you fully customize your character by choosing their own playing style and physical appearance. The game includes local multiplayer modes for up to 4 players.

Smoots World Cup Tennis was originally released on Steam back in 2016. Since then it has become one of the most popular arcade tennis games on PC, and we all finally get to play it on the Xbox One in a few days. 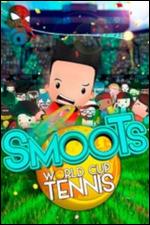