The Grand Tour Game is Coming to Its' Season End

As we edge closer to summer, that can only mean one thing, some of our favorite shows are coming to the end of their season, and one such show that a few of us here at XBA enjoy that is indeed coming to the end of its’ season is the Grand Tour.  What does that have to do with gaming? Well, if you must know....

It’s time for the Season 3 finale of Amazon Game Studios’ The Grand Tour Game. It’s been a season filled with literal twists and turns and now is the perfect time for players to jump into the driver’s seat and binge-play all the action-packed content Season 3 has to offer. Along with the content in this week’s new episode, players can now experience over 200 scenes from Season 3 and race over 70 cars across 36 tracks in exotic locations such as Mongolia, China and the Caucasus.

If you haven’t heard of the game, that is based on the Amazon Prime TV show, The Grand Tour Game launched alongside Season 3 of the actual show, with new episodes of the game released simultaneously on the same day as the show. Through seamless video transitions from show to game, whacky multiplayer gadgets and narration from hosts Jeremy Clarkson, James May and Richard Hammond, The Grand Tour Game captures the essence of the show and gives players the opportunity to experience all the action from the series.

Since launch, 14 episodes have been released and a number of popular cars from the series have been added, including cars by Porsche, Aston Martin, McLaren, Lamborghini and more! 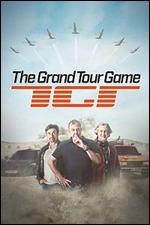