If you enjoyed Just Cause 4, then you might be happy to hear about the new Dare Devils of Destruction, the soon to be released DLC for the core game, and yes, it will be on the Xbox One.

So, what can you expect? Well, you’ll complete new missions to unlock over 16 all-new weaponized vehicles that you can drop in at a moment’s notice. Experience new levels of destruction, attack missions in never before seen ways, employ new tactics against the forces of the Black Hand and cause pure mayhem in the world of Solis.

Square Enix says you will put the pedal to the metal, earn the respect of rival gangs and take on three deadly challenge modes across 15 explosive new missions.

From what we know, this is the first of three DLC pakcs in the Dare Devils, Demons and Danger Expansion pass.  It is said that each new DLC pack will bring more vehicles, new modes, weapons and activities that continue to make the Just Cause 4 sandbox richer, crazier and even more extreme.

I bet there are a few of ya out there who are definitely interested to check this, and the upcoming, DLC for the game. 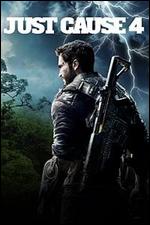