SteelSeries Releases Their First Truly Wireless Headset for the Xbox

Fans of the Xbox One know that there have been some great true wireless headsets being released, from the likes of LucidSound, Turtle Beach and a few others.  The offererings have not been a lot though, as most wireless headsets have required the use of a dongle or some kind of third party base unit.  Microsoft has allowed headset developers to take advantage of their first party wireless technology, and make headsets that connect directly to the Xbox One itself.

Well low and behold, SteelSeries has announced that they are releasing one of their headsets with this technology built in.  They have announced the Arctis 9X, a flagship headset for the Xbox One. 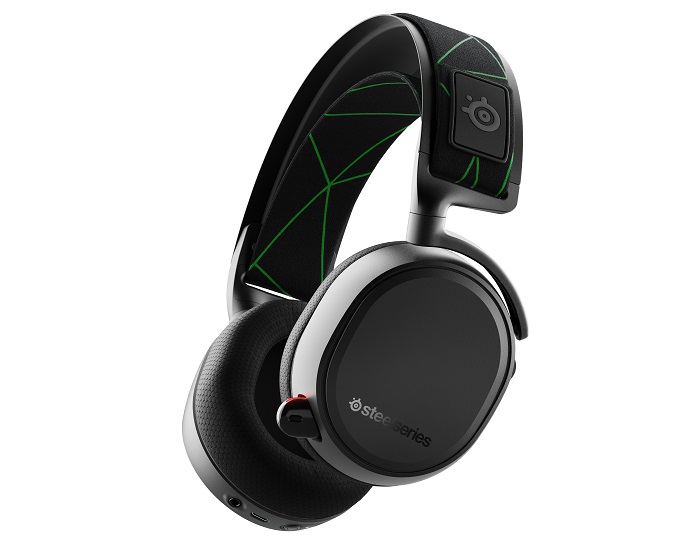 SteeSeries says that the he Arctis 9X connects directly to your Xbox One, just like a wireless controller. The hassle free setup will have you gaming in seconds with no cable or dongle required. It features full integration with the Xbox One so gamers can balance game and chat volumes on the fly with the on headset ChatMix control and even see the headset’s battery level from the Xbox dashboard.

But wait, there is more. In addition to Xbox connectivity, the Arctis 9X is equipped with dual wireless technology meaning gamers can enjoy any Bluetooth - enabled device at the same time they are playing. Bluetooth can be used to take calls, listen to music, or VoIP chat while mixing in game audio from their Xbox. The headset can also be taken on the go with independent Bluetooth wireless audio, even away from the Xbox.

For those that are fans of SteelSeries headset, the Arctis 9X utilizes the Arctis soundscape to emphasize subtle, yet critical sounds.  The clarity of Arctis Signature Sound is said to provide a distinct audio advantage over the competition.  As an added feature, given the headset utilizes Xbox’s wireless technology, Xbox’s native Windows Sonic Spatial Audio lets users lose themselves in the game as every ricochet, shuffling zombie and engine roar comes to life around them.

Oh and one more thing, gamers won’t have to worry about constantly having to charge the Arctis 9X. Using the latest power efficiency technology, the headset is optimized to provide up to 20 hours of battery life, double that of other wireless Xbox headsets.

So, if you know any of us well enough at Xbox Addict, then you’ll know that we are indeed fans of audio in games, and of course good gaming headsets. We hope to get a chance to review these Xbox centric headphones, and given SteelSeries’ lineage, we have some expectations that this headset will be great.
Source: Press Release