Reverse Crawl coming to the Xbox One

Following the recent announcement of Reverse Crawl for Nintendo Switch, indie publisher Digerati and one-man developer Nerdook (Monster Slayers, Vertical Drop Heroes) have announced that the turn-based strategy RPG is also coming to Xbox One. The Xbox One version will be available for download on May 10th of this year.

Reverse Crawl inverts the classic dungeon crawling premise, putting players in the claws and armored boots of monsters, undead, and other fantasy enemies in a quest to defeat heroic warriors and their Red Queen. Since its release on PC, Reverse Crawl has earned praise for simple yet nuanced strategy mechanics and unique premise:

So, what is the story about. Well, of course you are dead. But such a trifling inconvenience isn’t going to stop you – the Revenant King – from reclaiming your throne. Reverse Crawl is a fast-paced turn-based strategy RPG that lets you lead mobs of monster minions and back-from-the-grave goons into battle against the elite armies of the dastardly Red Queen.

Check out the trailer below to get an idea of what this game looks and plays like: 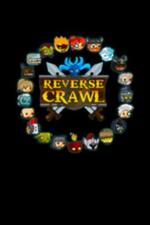