I am sure all you Final Fantasy fans know this, but we thought we’d post the news anyhow, as it is kind of important as another Final Fantasy game has hit the Xbox One.

This version includes the ability to switch soundtracks from modern to classic, a trial mode, as well as a variety of new enhancements including:

We are sure that Xbox One owners will be happy to play this game in remastered graphics, and new features. 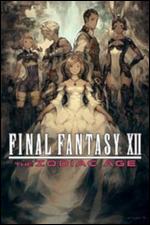