The game is set in 18th century England – a paranormal force has summoned a demon-infested castle, revealing crystal shards infused with tremendous magical power. Players take on the role of Miriam, an orphan scarred by an alchemist curse which slowly crystallizes her body. To save humanity and herself, Miriam must fight through the castle while collecting, crafting and unlocking a vast array of weapons, equipment and loot to defeat the summoner Gebel and the countless minions and bosses of hell that await.

Some of the features that should be highlighted are as follows:

Oh, and one more thing. Check out the new trailer below that highlights a wealth of technological advancements the game has achieved over the last year of development, demonstrating fluid controls, enhanced lighting, graphics and newly composed music from Michiru Yamane (Castlevania: Symphony of the Night): 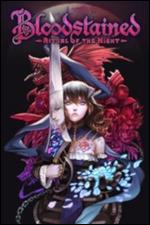