Skelly Selest Coming to the Xbox One

Indie publisher Digerati and developer Caiysware have announced that the fast-paced slash ’n’ dash and run ’n’ gun action game Skelly Selest is headed to Xbox One later this month. What day you ask, well, it is May 24th, a few days after the PS4 release (no reason given for the delay).

Skelly Selest places players in the battle-hardened bone shoes of a Heavenly Keeper, in a relentless score-attack challenge against waves of Hellion forces.

Prophecy foretells that one day Hell shall runneth over and the evil dead will spill onto thy Earth. Only the Selestial Order can halt the depraved Hellion tide. Skelly Selest is a score-attack slash dash run ‘n’ gun-athon that places players in the skeletal shoes of a Heavenly Keeper.

Take on procedurally-generated gauntlets of hellspawn and bosses, and – with precise fighting prowess – defeat the sinful horrors that lurk in the depths of Hell. 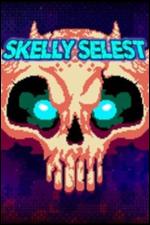