Do you go through batteries quickly when playing games on your Xbox One? Well then, this is for you.

Fosmon, a company identified as being a leading supplier of electronic accessories including gaming, audio/video, smartphone, and home automation products, has announced its new, patent-pending upgraded Xbox One controller charger featuring two docks for controllers and two additional battery slots. 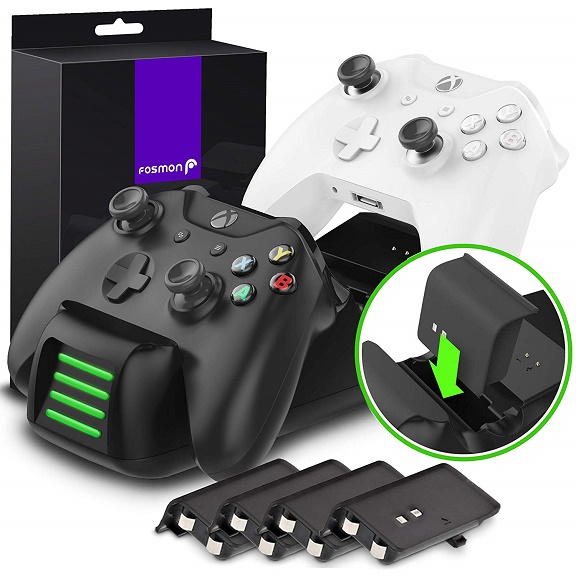 The dual dock, dual slot charging station comes with four 1000mAh NiMH rechargeable battery packs that give users up to a total of 132 hours of playtime without the hassle of having to buy replacement AA batteries. The station’s green LED indicator blinks while charging and remains lit when charging is complete, making it easy to ascertain the battery packs’ power status.

The product also comes with a limited lifetime warranty that makes the $49.99 Amazon price tag a real steal. But it’s the product’s ability to charge four batteries simultaneously – i.e., two controllers with batteries and two batteries – by simply placing the controller on the docking station without the need for plugging in that makes Fosmon’s charger truly unique from those of its competitors.

We think this is kind of interesting, especially for the price.