Wow, did you all see this coming, We knwo we didn’t, as the folks at Gearbox Software, and 2K, have let loose some news about new DLC for Borderlands 2 that is FREE, and links the events in the DLC to their upcoming game Borderlands 3. The new DLC, called Commander Lilith & The Fight for Sanctuary, is a brand new downloadable campaign expansion for  that brings players back to the wilds of Pandora for a brand new adventure that sets the stage for Borderlands 3 (launching September 13).

Borderlands 2 and Borderlands: The Handsome Collection product owners will be able to download this DLC for free until July 8 at 11:59:59pm PDT. It will then be available for $14.99 USD starting July 9. Don’t own Borderlands 2 yet? Well, the word on the street is that it’s never been easier to get your hands on Borderlands: The Handsome CollectionI is currently available at little to no cost thanks to several ongoing promotions. What are they you ask? Great question.

You can get Borderlands: The Handsome Collection on Microsofts Xbox Game Pass or you can purchased the game outright as it is cis currently available for 85% off on Xbox One.  That last offer is a DAMN GOOD ONE.

So what can you expect with the new DLC? Well, that is yet another great question.  Commander Lilith & the Fight for Sanctuary takes place shortly after the events of the main story in Borderlands 2. Sanctuary is under siege, the Vault Map has been stolen, and a toxic gas is poisoning Pandora. You’ll step back into the boots of legendary Vault Hunters Maya, Salvador, Axton, Zer0, Gaige or Krieg to battle new bosses, explore new areas, and collect new loot, including an entirely new tier beyond Legendary. Join up with Lilith and the Crimson Raiders to take on a deranged villain hell-bent on claiming the Vault Map for himself.

If you haven’t played Borderlands 2 to completion, don’t worry, you’ll still be able to jump right in and enjoy this story expansion. While veteran players can pursue the new level cap of 80, newcomers will be able to create a brand new level 30 Vault Hunter at the Select Character screen and dive straight into the action.

So what are you waiting for, if you’re a Borderlands fan, and want some back story leading into Borderlands 3, then go download the free DLC now. 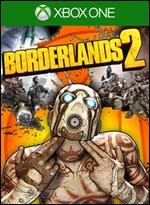