Pre-Orders Now Live for Torchlight II on Xbox One

Starting today, Torchlight fans can pre-order the hack’n’slash dungeon crawler, Torchlight II, on Xbox One, and that ’other’ cosole for $19.99 . The classic action RPG debuts on all three platforms September 3, with exciting new content and updates designed specifically for consoles by the team at Panic Button.

Those who pre-order Torchlight II ahead of its launch will unlock a brand new pet for the game – the beloved goblin “Yapper.”

But wait, Yapper isn’t the only new pet who will be making its debut in Torchlight II. When the game releases on consoles this fall, Xbox One users will have the opportunity to explore Vilderan with a Molten Imp by their side, a fiery little rascal with smoke and ember effects on its tail.

For those who may not know too much about this game, Torchlight II is the sequel to Runic Games’  dungeon crawler, Torchlight. Like the original, the game said to set itself apart from other action RPGs with a charming art style, frantic combat, signature pet system and deep character customization. 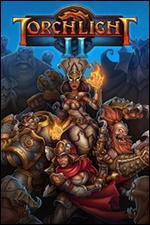