Hey shooter fans, this is for you.

Subdivision Infinity DX, the sci-fi 3D space shooter from developer Mistfly Games and publisher Blowfish Studios, has hit the Xbox One, and other platforms, today..

Jump into the cockpit of an intergalactic star fighter and blast off toward the fringes of space. The adventure is set into motion when Sgt. Jed Riddle is contracted to investigate a mining facility that has ceased all communications with the colonies, inexplicably going dark. Riddle’s mission quickly goes awry, leading to a shootout and prompting further inquiry into a band of deadly mercenaries willing to risk it all for a mysterious substance called Element-122.

The campaign stretches across more than 40 missions where pilots can take on everything from dogfights against drones and other fighters to massive battles with hulking capital ships. Regardless of the situation, combat in Subdivision Infinity DX is exhilarating and lightning-fast, paying homage to classic sci-fi shooters but with modern inspiration from stylish space sims.

Outside the main storyline, explorers can travel around the distant reaches of the galaxy to hunt bounties and mine asteroids for rare materials. The profits can then be used in trade at the nearest space port to kit out Riddle’s ship or even add powerful new vessels to his collection.

Check out the trailer below to see what this new shooter will offer you: 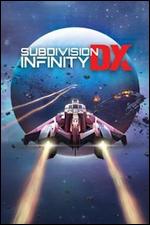