Bloober Team, the minds behind the  Layers of Fear games, has partnered with Lionsgate to release a brand-new story trailer for Blair Witch, the first-person psychological horror game. The Blair Witch game returns players to the dreadful woods in an original story inspired by the Blair Witch cinematic lore.

The new story trailer, first seen live from a special gamescom 2019 edition of Inside Xbox, gives players a look into the original story of Blair Witch via never-before-seen gameplay, flashbacks and eerie visions that plague Ellis as he ventures deeper into the Black Hills Forest. Catch a glimpse of what awaits Ellis as he discovers the infamous house and more.

Didn’t get to see that trailer yet, well check it out below, and enjoy. 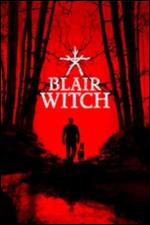