So, are some of you out there still playing RAGE 2? Heck, are you not playing but looking for some new content for the game?  Well then, this news is for you. Rise of the Ghost is new content for RAGE 2.  It’ is hitting the Xbox One, and other platforms, on September 26. So, what do you get in the game? Well, we are glad you asked. 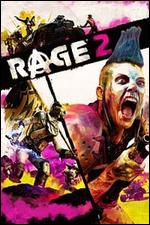 Xbox one no signal
Post by debrartin
0 Replies, 85959 Views