As development on UFC: Tapout continues, we have several new screenshots from the game.

Crave Entertainment has sent over several new screenshots from its upcoming Xbox sequel Ultimate Fighting Championship: Tapout. The game is based on the UFC shoot-fighting league and features a variety of real-life fighters including Tito Ortiz, Mark Coleman, and Frank Shamrock. More than 25 fighters will be included in the final game, and Matt Hughes, Andre Roberts, Ron Waterman, and Tim Lajcik will appear exclusively in the Xbox game. Modes of play include a revamped career mode, an arcade mode, a training mode, a versus mode, and eight-player or 16-player tournaments.

UFC: Tapout is being developed by Dream Factory, which developed The Bouncer for the PlayStation 2 and is also working on the upcoming Xbox fighting game Kakuto Chojin (formerly known as Project K-X). UFC: Tapout will be released in January 2002 for the Xbox.
Source: http://www.gamespot.com/ 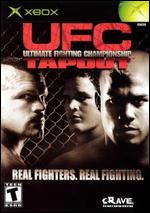 Xbox one no signal
Post by debrartin
0 Replies, 90778 Views