PREORDERS NOW OPEN FOR ARCADE SPIRITS, HEADING TO CONSOLES THIS MAY

The critically acclaimed romantic visual novel launches digitally and in European retail on May 1 and in North American stores on May 22.

Set in modern times where the 80s video game crash never happened, Arcade Spirits brings its highly rated, electrifying experience to consoles for the first time on May 1, 2020 across digital and European retail, and in North American stores on May 22.

Arcade Spirits is a romantic comedy visual novel that takes place in an alternate timeline. Set in the year 20XX, players start work at popular arcade, the Funplex, where they encounter a host of unique personalities. Offering a variety of customization options, players can design who they are and what kind of relationships they develop with each character they meet. Players are frequently confronted with decisions that will ultimately shape their character’s personality and their relationships with others, while guiding the storyline based on their choices.

·        Self-designed Personality – Traits form based on the decisions and relationships the player chooses to make.

·        Unique Characters–Interact with various unique personalities to form platonic friendships or something more intimate, with seven romanceable characters and many other quirky individuals to mingle with.

·        Identity Tracker – Track relationship status with each character and personality traits with the Identity Identifier System, or “IRIS.”

·        Arcade Adventure – Decisions made throughout the game will affect the Funplex’s fate, including the relationships developed or the way key moments of crisis management are handled. 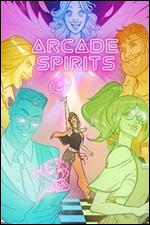