Start your engines! Rocket League, the long-running hybrid hit where soccer meets driving, will be available for free starting September 23! Even if you’re a longtime player, this is going to feel like a whole new experience. As we get closer to the launch of free to play, get caught up to speed on everything coming with our next update.

Rocket League‘s latest update is going live tomorrow for anyone who already owns the game. The update will lay much of the groundwork leading up to the September 23 launch. Here’s everything you can expect with both the update and the launch of free to play.

Get ready for a whole new way to compete! Rocket League’s Tournaments feature is getting a major overhaul when free to play launches. Soon, players around the world will be able to join automatically scheduled Competitive Tournaments each day for free, climb their way through their bracket, and reap the rewards of victory!

Challenges will be one of the main ways you’ll unlock free customization items after free to play. Instead of just being part of Rocket Pass, now players will have Weekly, Event, and even Season Challenges that will all grant items or XP. Each week, all players will get three new Challenges, while Rocket Pass Premium users will receive an additional three. Complete your Challenges and expand your inventory!

Following tomorrow’s update, Cross-Platform Progression will be live in Rocket League. Simply log into your Epic Games Account on the account linking page that will be live tomorrow, link your platforms where you play Rocket League, and choose your primary platform where you have the highest Rank and XP Level. Then, you’ll be able to share your inventory, Rank, and Rocket Pass Tier across all platforms!

Rocket Pass, Competitive Season, and soon Tournaments will all be rolled into a single schedule, and will all start and end at the same time. It all starts with Season 1 when free to play launches.

We hope you check out Rocket League when it launches for free on September 23, and if you’re a longtime veteran, we hope you enjoy all the new features from Tournaments to Challenges. The pitch is waiting. Bring your friends and take your shot this month! 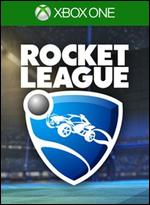