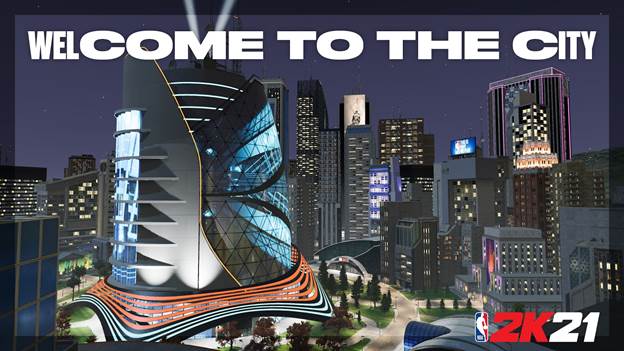 2K has revealed a Next-Gen Courtside Report and trailer introducing The City - the new multiplayer setting for the next-gen version of NBA 2K21. The most ambitious execution of a virtual basketball community ever with a map many, many times larger than previous Neighborhoods, The City is complete with towering skyscrapers, sprawling plazas, a city center and distinct boroughs controlled by rival affiliations.

Check out The City in the latest Next-Gen Courtside Report HERE.

The next-gen version of NBA 2K21 is avialable now for Xbox Series X|S. You can also read our Xbox One review HERE.