Majesco has penned an agreement with Rage Software which will allow the company to publish and distribute seven new titles from the UK-based firm. Three of which are Xbox titles: David Beckham Soccer, Gun Metal, Pocket Music, GTC: Africa, Crash, Mobile Forces, and Denki Blocks! in North and South America. All of these games are set for a 2002 release, so that means the launch titles you’re enjoying with your Xbox that isn’t even a month old yet has a lot more coming to it. Other Xbox titles being developed by Rage Software which were not listed under this agreement are E-Racer and games based on Rocky the movies in agreement with MGM Interactive (we’re not sure if a Rocky game is actually in development for Xbox but they hold the rights to bring it to Xbox and we certainly hope they will so send ’em off an e-mail and tell them what you want).

"We continue to experience tremendous growth in our publishing business and teaming up with a respected developer like Rage Software is sure to further accelerate that trend,’’ said Jesse Sutton, president of Majesco. "We’re confident that the innovative game designs of Rage Software combined with our powerful publishing and distribution networks will deliver impressive results in 2002."

Gun Metal puts you in the place of one of several immense robot mechs on a rampage of smashing up cities with the ability to transform back and forth from a robot to a mighty jet plane. Standing ten meters tall and equipped with an arsenal of devastating weaponry, these reborn cybernautic warriors known as the Starscream are ready to annihilate whatever lies in their path and the only hope left to turn the tide of war. You can walk, run, or fly over visually stunning scenery and landscapes and have the oppurtunity to turn them into hideous wastelands. Blow up hordes of enemy machines as you progress through 25 missions, without holding back, give ’em all you got. Assist the remaining battalions of allied forces as they take their last stand, soldier! Sir, yes, sir!

Crash, a demolition derby game, seats you in either a hot rod, a performance vehicle, or a sports car (your choice) and takes you to some open arenas for all out crashing, all in real-time car action. All you do is sit back, move the joystick around, push a little buttons here and there, and let chaos unfold. The recent Burnout from Acclaim for PS2 has been said to have the best crashes ever according to IGN, wait until they check out this little puppy Rage has been coding. There are no weapons, and definitely no driving tickets, just your wit against your opponents (reminds me a little of Cel Damage but with weapons and without real-time crashes). The game features an innovative real-time damage engine that actually shows the dents that you car takes from all the impact hits. Definitely a game to watch out for.

Rage Software is also one of the 27 companies among leading industry publishers like Sega, Activision, Infogrames, and THQ to name a few, who are committed to supporting the Xbox online experience. So as you can tell, there’s a lot riding on this company and a lot to expect from them.
Source: http://gamespot.com/gamespot/stories/news/0,10870,2831413,00.html 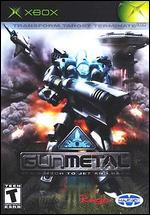 Xbox one no signal
Post by debrartin
0 Replies, 66546 Views