Your World of Tanks just got a whole lot bigger. 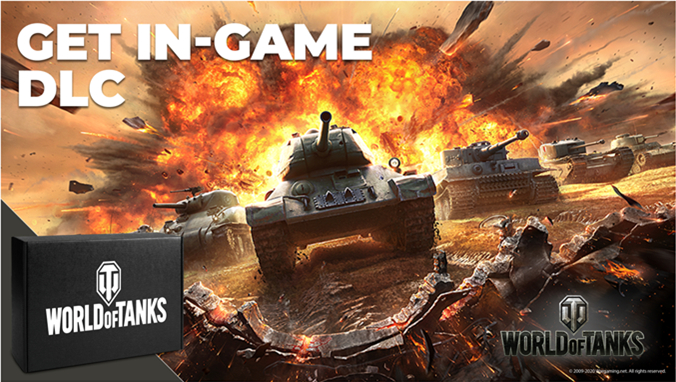 Attention, tankers! World of Tanks, the award-winning massively multiplayer online phenomenon, has been blowing up on PC since its release in 2011, with hundreds of thousands of players blasting the hell out of each other in virtual battle on a daily basis. Loot Crate and Wargaming have aligned forces to bring the sweet taste of destruction to fans’ doorsteps with the announcement of the World of Tanks crate by Loot Launcher.

This exclusive crate will bring the M6A2E1, a premier American heavy tank, out of the game and into your hands with a limited-edition physical representation of this heavily armored beast. The World of Tanks crate also includes an exclusive collectors box, drink coasters, wine key, shirt & camp cup. PLUS bonus in-game content including, Premium Tank M6A2E1 Mutant for 50 battles, 90 days Premium Account access & a mission that rewards Mutant for free by completion.

“Teaming up with Lootcrate gives Wargaming the awesome opportunity to deliver high-value items we are proud to give the World of Tanks name to,” stated Yuliya Arlova - Business Development and Partnership Manager World of Tanks America. “Couple these collector quality pieces with some hard-core in-game offerings and you have a ‘Loot Launcher’ worth supporting. ‘Roll out’ and back this now!”

The World of Tanks crate Loot Launcher campaign is now live and will contain 6 exclusive items. Each crate will cost $49.99 plus shipping and handling. Supporters will only be charged once the project has met or exceeded its goal of 2,000 backers.

Don’t go AWOL on this crate, soldier! Rollover to https://loot.cr/WorldofTanks and secure your World of Tanks crate today. Move it, move it, move it!!