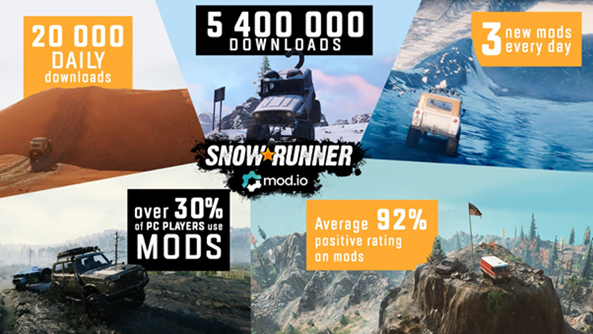 Saber Interactive and Focus Home Interactive announced today that the blockbuster off-road trucking sim SnowRunner now features full mod support on PS4 and Xbox One. You can get started making your game even bigger with a selection of mods now available to download on consoles.

SnowRunner is available now on PS4, Xbox One and PC. Season 2: “Explore & Expand” is also available as standalone DLC or as part of the game’s Season Pass.

Xbox one no signal
Post by debrartin
0 Replies, 38443 Views