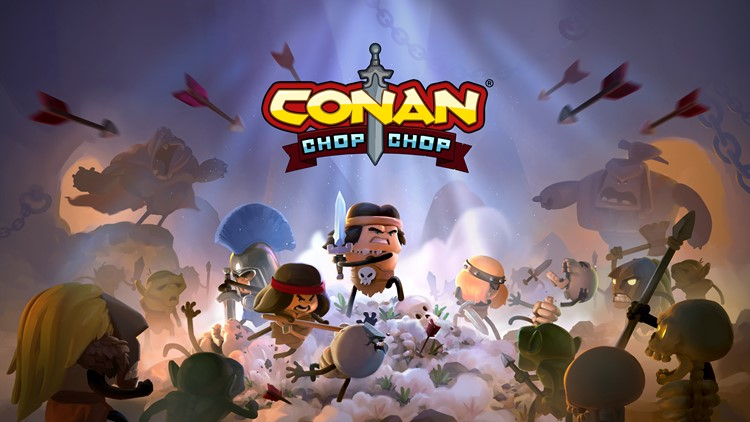 The long wait for the 1-4 player hack ‘n’ slash rogue-lite Conan Chop Chop is finally near its end. Early next year will have you chopping your enemies to bits in a bigger and better world than first anticipated.

The rogue-lite party-game was originally scheduled to release in September 2019. Then it was Q1 2020. After that, it was Q2. Which, of course, in turn became “later this year”. But this time we mean it for real. After a series of brilliant ideas have been implemented and a new bunch of cute and deadly mobs and traps have found their way to Hyboria, the development is nearly complete. Conan Chop Chop will release in early 2021, bigger and better than originally intended.

"If we had launched this year, there’d be half the number of cute pigs in the game. And you can’t launch a Conan game without that” concludes Funcom’s Chief Creative Officer Joel Bylos. “And besides, the only crunch we want in our Conan game is the crunch of bones beneath our sandalled feet.”

Following a resurgence of cutesy online co-op games, the scope of Conan Chop Chop has increased. The hack ‘n’ slash, which supports both couch co-op and online co-op on PC, PlayStation, Xbox and Nintendo Switch, has been augmented with more random events, new traps, and vicious minibosses roaming the world of Conan the Cimmerian Barbarian. While the previous number of possible item combinations was a measly 14 trillion, it is now too high for the human brain to fathom, guaranteeing infinite replayability in a beautifully designed procedurally generated world.

Conan Chop Chop is developed by Mighty Kingdom and published by Funcom. The hack ‘n’ slash rogue-lite was cheekily announced on April 1st, 2019 and was perceived to be an April Fools’ Day joke. It was then unveiled as a real game during E3, where press and influencers got the first hands-on preview. The game will release on PC, PlayStation, Xbox, and Nintendo Switch.

Xbox one no signal
Post by debrartin
0 Replies, 37602 Views