NACON and development studio Neopica is pleased to announce that Hunting Simulator 2 will be available March 23rd on PS5 and Xbox Series X|S in North America.With a range of graphical upgrades to make the simulation deeper and more immersive than ever, Hunting Simulator 2 will be the first hunting game to be available on the latest generation of consoles.

As well as this new version, new DLC will be released the same day offering console and PC players of Hunting Simulator 2 the chance to experience life as a park ranger. In this scripted campaign, your priority will be to protect and preserve the natural world around you. With your dog by your side, roam a national park in Colorado and complete different missions: heal animals, collect samples, control invasive species and preserve the health of your environment.

Hunting Simulator 2 will be released March 23rd on PS5 and Xbox Series X|S
in North America. The game is already available on PS4, Xbox One, PC and Nintendo Switch.

The Hunting Simulator 2 DLC – A Ranger’s Life will be available on March 23rd on PS5, Xbox Series X|S, PS4, Xbox One and PC via Steam. 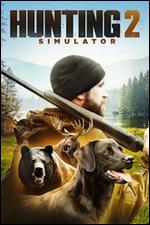