Upcoming space station management sim Spacebase Startopia is braced and set for its March 26 launch on Windows-PC/Linux/Mac, PlayStation 4|5, Xbox Series X|S, and Xbox One consoles. The Nintendo Switch version will follow later in the year.

Direct from mission control, Kalypso Media and Realmforge Studios are releasing today a brand-new Beginner’s Guide video giving an overview of the base and showing an assortment of activities in which alien visitors can participate once they’re aboard, including an all-night-all-day disco, space whale therapy, and a loot box lottery where willing participants can swap their hard-earned space bucks for a quick spike of dopamine and the chance to win a new hat.

Alongside hordes of rambunctious alien tourists and one totally-not-homicidal AI, Spacebase Startopia is also home to another more recent infestation: rumors. In the base’s on-board cat cafes, outlandish feline-based hearsay has run rampant, spurred on by a recent report investigating the phenomena.

Budding Commanders can pre-purchase the game now to receive 10% off and immediate access to the game’s beta and Game Preview.

Spacebase Startopia is a galactic new take on a fan-favorite space base-management game set in...well, space! This vibrant and often absurd universe offers players an exciting blend of city-building and base-management, with a flash of RTS skirmishes.

you can keep an eye out for our full review shortly in the future as well! 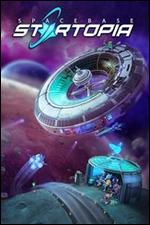 Xbox one no signal
Post by debrartin
0 Replies, 44230 Views