The latest Last Oasis update is now live across Steam PC and Xbox. It welcomes the game’s most formidable creature to date, The Worm.

The question is, can you survive the hunt?

The complete changelog can be found HERE, but here are the main Gameplay and Changes listed: 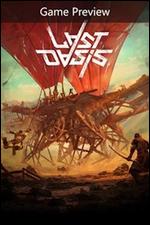