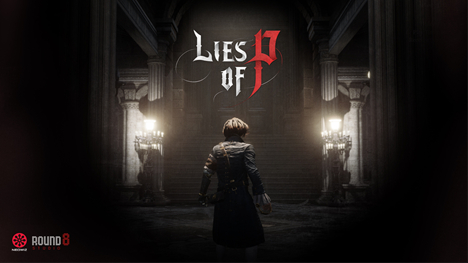 The Action RPG is coming to PC, PlayStation 5, and Xbox Series S|X

Neowiz and Round8 Studio today announced Lies of P, a brand new Souls-like Action RPG inspired by the classic Italian novel from Carlo Collodi. Built from the ground up using Unreal Engine 4 for PC, PS5, and the Xbox Series S|X systems, Lies of P tells the story of Pinocchio like you’ve never seen it before. As Pinocchio himself, you must navigate through a dark Belle Epoque world where all of humanity is lost. The once beautiful city of Krat has become a living hell, and you must find the famed Mr. Geppetto to unravel the mystery of what happened to both yourself and the world around you.

“We’ve been toying with the idea of retelling Pinocchio’s tale in our own way for some time. Lies of P is the culmination of our dreams and our nightmares. It’s definitely a version of this classic story that you’ve never seen before,” said Jiwon Choi, the director of development for Lies of P. “To us, Pinocchio has always been a grimly dark tale of the lies we tell to get by in a world that’s not always black and white. We can’t wait to show you more of the game in the coming months.”

As the puppet mechanoid Pinocchio, you will wind your way through the streets of a ruined city, crafting weapons from the materials you find in the world, and interacting with the remaining few who manage to survive in this pre-industrial hellscape. The more you lie, the more human you become, with all the advantages and disadvantages that it entails. A richly detailed crafting system, profound narrative choices, and deeply customizable character progression round out the RPG features in Lies of P.

Stay tuned in the coming months for gameplay details, character reveals, and much more.