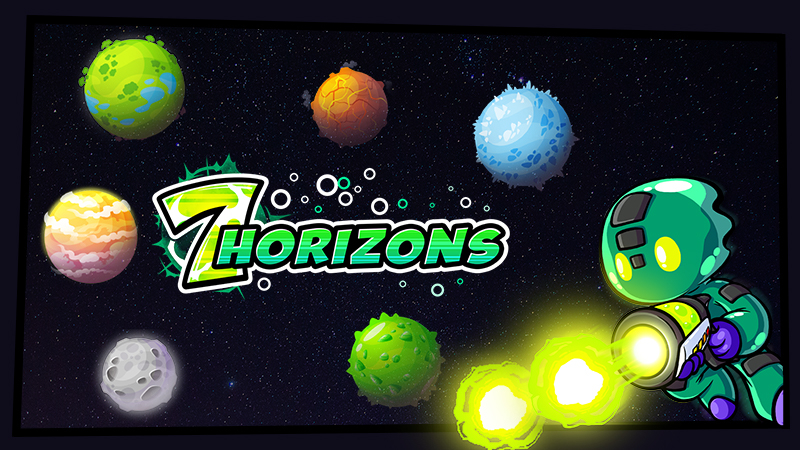 7 Horizons - a beautiful, epic platformer/shooter - is heading to PC and consoles!

RedDeerGames, a global publisher and developer of indie games such as Brawl Chess and Cyber Protocol, has announced their latest production - 7 Horizons, a beautiful platformer with shooter elements, alluding to classic platformers such as Rayman and Mega Man! 7 Horizons will be released on PC, Nintendo Switch, Xbox One and Xbox Series S|X consoles later this year.

RAYMAN MEETS MEGA MAN!
7 Horizons is an exciting platformer with shooter elements set in the unique cosmic world - all with comic atmosphere, humor, and beautifully hand-drawn graphics! The game is maintained in a comic book style, which creates a unique world in which you become a superhero!

A HERO NEEDED NOW - THE ADVENTURE BEGINS AFTER THE FIRST SHOT!
In 7 Horizons you play as Jelly, who, as his name suggests, is a jelly that can change its shape. Thanks to this ability, you can take on the form and skills of people you meet. With the help of this unique talent, you will travel the galaxy to free your mentor and learn the truth about the invader - Distortion.

JELLY AND HIS FRIENDS
Alongside Jelly, you’ll play as his friends from other planets, each with a different set of skills and weapons. A boombox capable of breaking glass walls or the power to climb vertical walls are just some of them.

DISCOVER A COSMIC WORLD!
For thousands of years, the Six Worlds coexisted in harmony with each other. They were bound together by a mysterious energy, the Essence, which took a different form on each planet.

However, the balance was disturbed by the arrival of Distortion, a mysterious creature the size of a globe, under whose influence the beings living in the Six Worlds began to change… 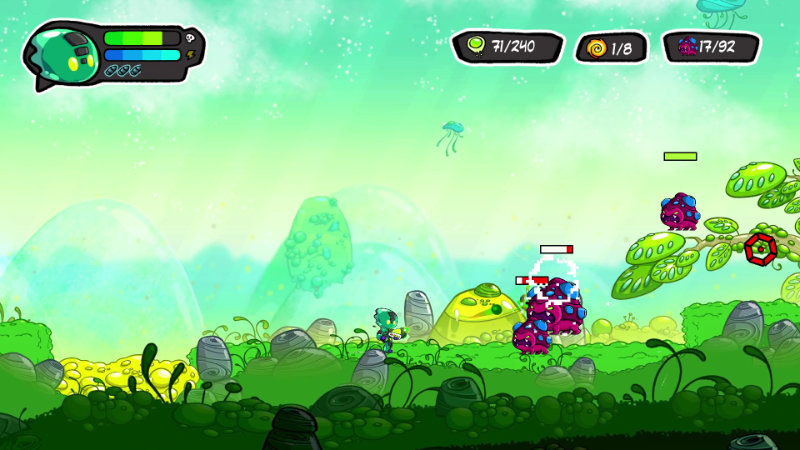 EVERY PLANET IS A NEW CHALLENGE!
In 7 Horizons, you will visit many planets, each one providing a new experience with its unique mechanics and design. You’ll have a lot of work to do as you clear the universe of evil, and on each planet, you’ll find lots of secrets and enemies to defeat.

A WHOLE BUNCH OF MONSTERS!
They jump, run, sometimes fly and almost always shoot without asking - they certainly won’t let you get bored. The icing on the cake are the huge bosses! These monsters will surely get under your skin!

A COMIC BOOK GALAXY
With all this action, take a moment to stand back and rest your eyes on the beautiful landscapes of colorful planets!

The hand-drawn graphics are something that sets 7 Horizons apart. From the gelatinous planet to the land of clouds, each of the biomes has been carefully designed to fully reflect the planet’s character.