Dec. 18, 2001--Take-Two Interactive Software, Inc. today announced that Max Payne has shipped and is currently available at retailers for the Xbox(TM) video game system from Microsoft(TM).

Originally developed for PC by Remedy Entertainment and produced by 3D Realms, the highly anticipated action title is published under Take-Two’s Rockstar label and developed for the next-generation platform by Take-Two’s internal studios. 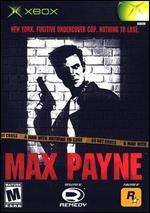