The Dungeon of Naheulbeuk Arrives on Console Today

The Dungeon of Naheulbeuk Arrives on Console Today
The beloved comedy RPG is available today on PS4, Xbox One and Switch
Developer Artefacts Studio and publisher Dear Villagers (ScourgeBringer, Recompile) have today released their offbeat tactical RPG hit The Dungeon of Naheulbeuk: The Amulet of Chaos on consoles, in a new "Chicken Edition" that includes the paid DLC Ruins of Limis. The game is available on PS4, Xbox One and Switch digitally ($44.99) and with a limited physical release on PS4 and Switch.

Already available on PC via Steam, The Dungeon of Naheulbeuk: The Amulet of Chaos’ is a turn-based tactical RPG chock-full of charm, humor and chaos. Leading a ragtag company of unlikely heroes, players will embark on an epic adventure combining the fun, creativity and chaos of an epic fantasy tabletop campaign with the challenge of the very best tactical RPG games, delivering an adventure, unlike anything you’ve played before.

"We had high hopes for Naheulbeuk, but the fan response surpassed our expectations," says Guillaume Jamet, Head of Publishing at Dear Villagers. "We’ve got two more DLC packs in the works, so keep your eyes peeled!" 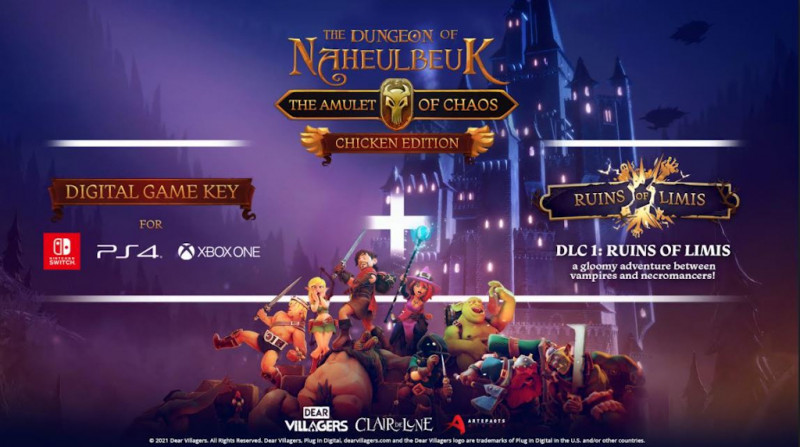 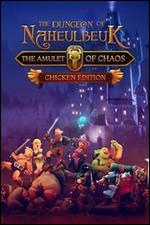