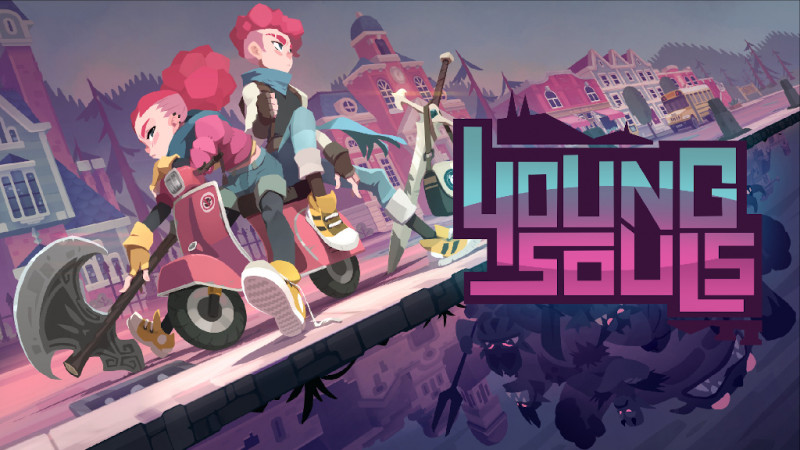 Boss Battle-Packed Gameplay Trailer Announces Co-Op RPG Beat ‘Em Up Young Souls for Nintendo Switch, PS4, Xbox One, and Steam for Fall 2021 Launch Following Today’s Arrival on Stadia
Publisher The Arcade Crew and developer 1P2P today announced Young Souls, a co-op RPG beat ‘em up following twins and their fight across realms to save their loved one, is reaching Nintendo Switch, PS4, and Xbox One in addition to the previously announced release on PC via Steam. Young Souls launches on PC and consoles in Fall 2021 following its arrival today on Stadia.
Today’s announcement trailer finds misfit orphans Jenn and Tristan clashing with powerful otherworldly fiends in new gameplay showcasing the game’s intense boss battles. The twins wield a sampling of the expansive arsenal of weapons and unique gear players can find in the game against some of the game’s mightiest enemies, with each plunge into its beautiful but deadly dungeons offering a chance to earn powerful new loot.
“With Young Souls, our goal from day one was to make boss fights the core of the game experience” said Jérôme Fait, co-founder of 1P2P Studio. “We worked hard on these fights to make them as thrilling and rewarding as possible."
Young Souls’ engrossing narrative finds its twin heroes searching for their guardian, a professor who mysteriously vanished just before Jenn and Tristan discovered an inexplicable portal within his estate. The twins now spend their days roaming their quaint town, gaining advantages through gym sessions and buying fresh outfits ahead of their all-night fights to clear dungeons brimming with foes. With the fate of their most cherished companion as well as the greater world in their hands, Jenn and Tristan must brave immeasurable dangers and endure the defining battles of their lives.