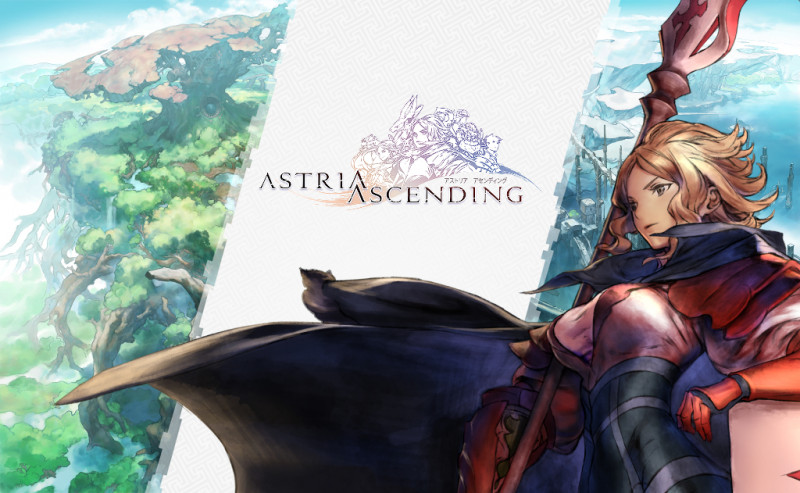 Astria Ascending Launches Tomorrow
New JRPG created in collaboration with Final Fantasy veterans
Indie developer Artisan Studios and publisher Dear Villagers are launching their new JRPG Astria Ascending tomorrow for PC, Switch, PS5 and 4, Xbox Series X/S, Xbox One, and Game Pass.
An epic adventure with the charm and pedigree of a classic JRPG, Astria Ascending tells an expansive story of fate, sacrifice and new beginnings. The game was developed over the course of three years by a team of 10 developers at Artisan Studios, and boasts contributions from world-class JRPG developers, with a narrative written by Kazushige Nojima (Final Fantasy VII, Final Fantasy X, Final Fantasy VII Remake), score by Hitoshi Sakimoto (Final Fantasy XII, Vagrant Story), and art from CyDesignation (Akihiko Yoshida and Hideo Minaba).
In a world where chaos looms, players take control of the Demigods - a motley crew of eight heroes charged with the fate of the world. Each character has their own story, explored across five cities, 25 dungeons, and 30 hours of gameplay (up to 50 for 100 percent completion). Along with the finely tuned turn-based combat, players can try out a range of side quests and mini-games, including an original fantasy-themed token game.
"Getting here has been a long and eventful journey, like any great RPG! But now we’re finally at the destination and I can’t wait for players to experience this world," said Game Director Julien Bourgeois. "Astria Ascending has been a great opportunity to create our vision of a JRPG for the modern era, while still respecting the classics."
Featuring:
The launch price will be $39.99 on console and $34.99 on PC (with a 10 percent launch discount).