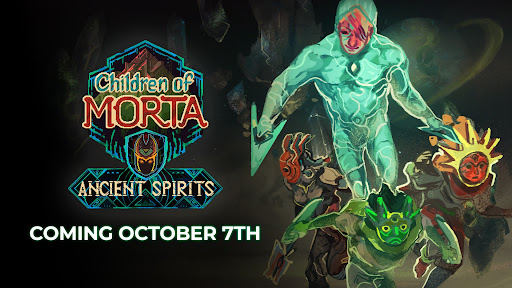 Can a foretold fable about a fierce warrior become a reality one day? In the magical yet dangerous land of Rea, everything is possible. Listen to our cozy fireplace story on October 7th to learn about the new playable character’s arrival to Children of Morta and other exciting content being added. The Ancient Spirits DLC, priced at $4.99 USD, will be available on all platforms Children of Morta has been released on, including PC, Nintendo Switch, PS4, and Xbox One. Check out the teaser trailer for a first glimpse of what is to come:

Parallel, albeit distinct lives, can sometimes bond and start a new life, resembling both of their natures. It all becomes clear with the arrival of a warrior with two spirits. This new character expands the established party of available warriors and is playable within the Family Trials mode. This newcomer’s combat mastery and unique playstyle cannot be compared with the skills of anyone else in these lands.

To ease the wait until October 7th’s premiere, another piece of free Children of Morta content is now live! The latest update enriches the game with Consecration, a new objective added to the combat-focused Family Trials mode, and two full language localizations including voice-overs in Persian and Japanese. The Japanese voice-over features the talented Takaya Hashi, best known for his work on Naruto and Sailor Moon. Mr. Hashi provides his voice as the game’s sole narrator.

Full reveal and exact arrival of the Ancient Spirits is foretold for October 7th.

We REALLY enjoyed Children of Morta, which you can read our full review HERE. 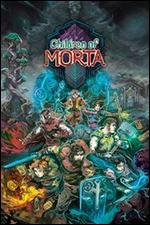