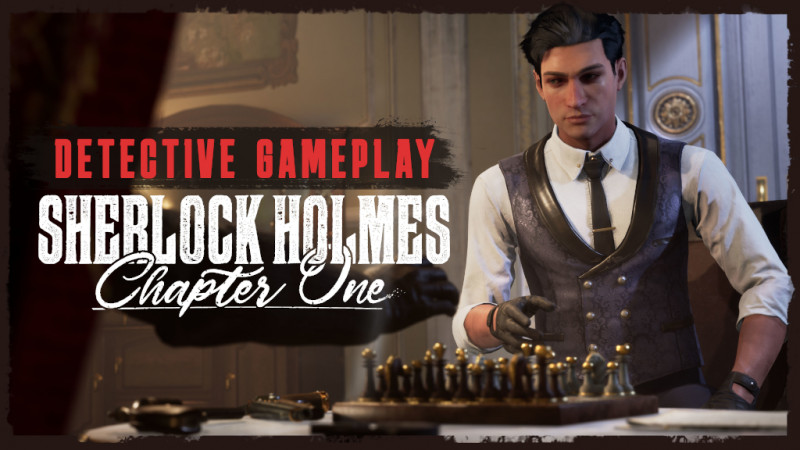 With just over a month before the release of Sherlock Holmes Chapter One, developer Frogwares is continuing their series of deep-dive showcase features of the core mechanics of the game. This time around, we delve into the heart of what makes Sherlock the master sleuth, his detective skills, and what normally goes into solving a case.

Sweep for clues: Finding clues at the scene of the crime is detective work 101. In SHCO however, know that you can miss crucial clues and the game won’t hold you back. It’s up to you to decide when and if you have everything.

Suspect identified: Every case needs a suspect. How you identify them early one (correctly or incorrectly) plays out on how the suspect will treat you going forward.

Use a disguise: The locals don’t wanna talk to you? Well, no surprise - you’re new to the island and not to be trusted. But maybe a clever disguise will trick them into trusting you. Acquire various outfits throughout the island and then use your intuition and clues to figure out what disguise to put on to start getting answers. The game will never tell you what disguise to use so expect a few snide remarks if you put on the wrong outfit.

Look at this evidence: Got a piece of evidence you think someone really ought to know something about? The Evidence Pinning system lets you take any clue and present it to any person to see if they know something. With the right evidence in hand and some sound logic of who to ask, you should come out with an answer or two.

Piece it all together:  The Mind Palace is where it all comes together. The clues you have uncovered will be here and let you string together your theories of what really went down. Whether you are right or wrong is all down to you as the game won’t block you from making the wrong choice.

A one-man judge and jury: On the island of Cordona, not everything is equal, so what constitutes a crime to some might be right in the eyes of others. It’s up to you to decide. Make your judgment based on what you believe is true and right and live with the consequences.

Sherlock Holmes Chapter One will be released on PC (Steam, Epic, GOG), PS5, Xbox Series X/S on November 16th and later for PS4 and Xbox One. All pre-orders come with a free copy of Sherlock Holmes Crimes & Punishments and additional in-game content.

Make sure to also check out our in-depth preview as well!