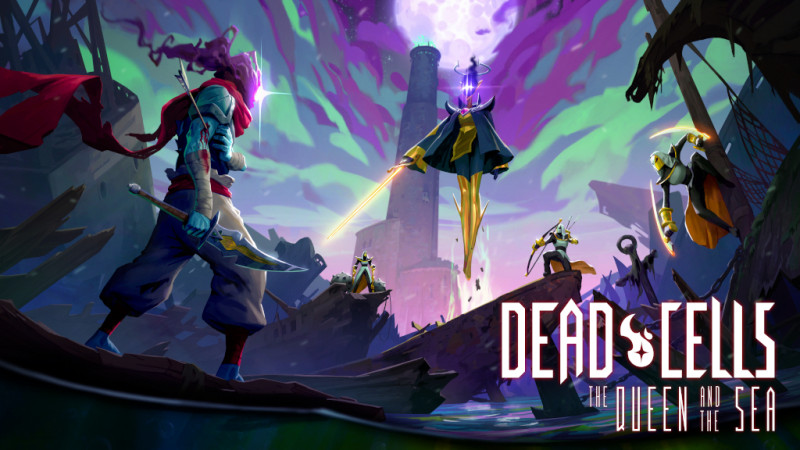 Ocean-sized Dead Cells DLC, The Queen & The Sea, Launches Jan. 6
New gameplay video dives deep into the new content and shows off what’s in store for fans in the new year
Motion Twin and Evil Empire unleashed a wave of details for the upcoming Dead Cells DLC The Queen & The Sea, alongside a new trailer granting fans the first look at the extraordinary challenges they will face when it launches on Jan. 6 on PC and consoles ($4.99). The most ambitious update to Dead Cells yet, The Queen & The Sea introduces two gorgeous but formidable new Biomes for players to explore, an array of death-dealing new weapons, and of course, an incredibly powerful new boss to conquer. Tying together the narrative introduced in the first two DLCs (Fatal Falls & The Bad Seed), The Queen & The Sea DLC expands the world of Dead Cells and presents to fans the most complete version of the game to date.
The Queen & The Sea DLC takes place within two brand new Biomes: The Infested Shipwreck and The Lighthouse. Parallel to the High Peak Castle and Throne Room levels, the new Biomes introduce players to a rotten shipwreck where you will be hunted by eldritch horrors (of course) through the bowels of this spooky and haunted old vessel. The second Biome, The Lighthouse, introduces vertical exploration of a soaring tower in which players will scramble upward as fast as they can to outrun rising flames while simultaneously fending off highly skilled warriors who want nothing more than to end your run. This final Biome is as epic and refreshing as it is challenging.
And because we can’t introduce new Biomes without also introducing a horrific new Boss, an all-new and unexpectedly elegant character makes its debut at the top of The Lighthouse. Introducing The Queen. And so that you are greeted afresh and without expectation, we’re not going to say anything more about her until after launch. You’re welcome.
To combat the new enemies and challenges you’ll encounter, The Queen & The Sea introduces a new evolving pet to add to your arsenal and nine deadly new weapons. Your new pet, the Leghugger, is an evolving, summonable creature who feeds by attacking your enemies until it slowly transforms into its stronger adult state which is … well, kind of awesome, we think. Among the new weapons in the DLC is a Hand Hook that throws enemies into walls, The Abyssal Trident, which is a hidden treasure in the depth of the shipwreck attainable by a secret side quest, and The Queen’s Rapier, a powerful weapon that slices through reality. Plus, tons of new outfits and secrets to unlock. And yes, you can now throw a living shark at mobs in Dead Cells.
Since this DLC is closing a new story arc, it’s also the perfect opportunity for newcomers to discover Dead Cells and its universe, and that’s why a complete Bundle “Road to the Sea” including the base game and the complete DLC trilogy is available at $32.99 - an incredible savings for all Dead Cells content featured at 50 percent off. Additionally, for those who own the base game a DLC pack bundle will be on sale featuring all three DLCs for $11.99.
Winner and nominee for dozens of Game of the Year 2018 awards, Dead Cells is a critically-acclaimed roguelike metroidvania action platformer set within an unpredictable castle packed with dark secrets, game changing items and hordes of deadly beasts. Players face tough risk-reward decisions, building their loadout from an incredibly diverse arsenal of weapons and abilities in the hopes of dodging the castle’s omnipresent threat of permadeath. A steady series of post-launch updates addressing fan feedback has evolved Dead Cells, keeping its action-centric adventure as surprising as it is rewarding. 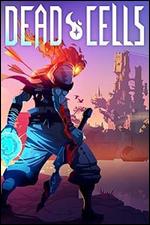 Xbox one no signal
Post by debrartin
0 Replies, 97621 Views