Steelrising Now Available for Preorder and Gets Bonus

Scheduled for release on 8 September 2022 on PC, PS5 and Xbox Series X|S, digital editions of Steelrising are now available for preorder. Players who preorder will get a "Marie-Antoinette" alternative appearance pack for Aegis and exclusive access to the beta, which starts on 25 August 2022. 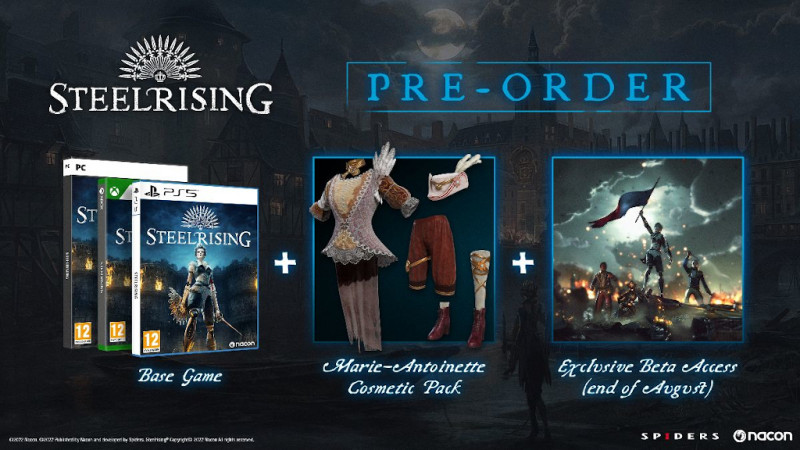 The Bastille Edition, which releases 8 September and is also available for preorder, includes the DLC Cagliostro’s Secrets, which is scheduled for early November. This chilling quest will take you to a whole new area that harbours secrets hidden by the king. On this dark adventure, you will encounter new enemies and unlock new weapons and costumes. Your ultimate goal is to uncover the secret behind the alchemy that powers the automatons of Louis XVI.

1789 is the year of the Storming of the Bastille and the start of the monarchy’s downfall. Steelrising depicts an alternative version of history: what if King Louis XVI, who loved clockmaking, had built an army of robots capable of quelling the insurrection? Powerful and cruel, this army spares no one and violently punishes rebels. Paris is burning and bleeding. Men, women and children are being systematically massacred. 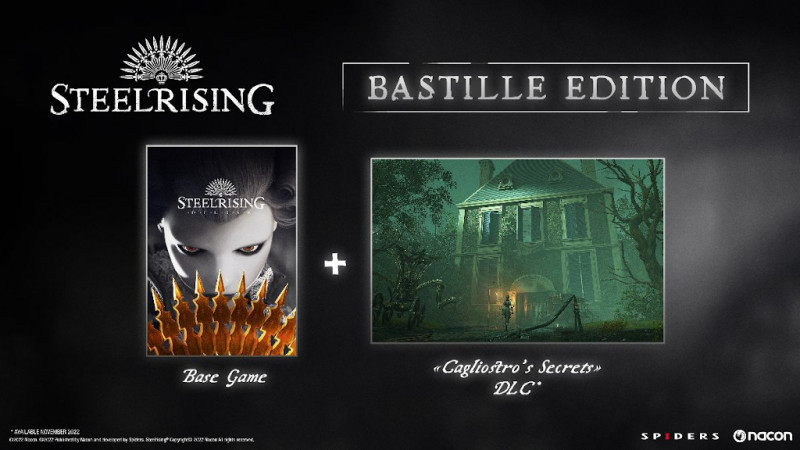 Aegis, an automaton created as a dancer for the pleasure of the Court, is now a warrior and Marie-Antoinette’s bodyguard. The Queen has tasked Aegis with cutting a path through Paris where the machines are sowing terror. Each fight with these mechanical enemies is a challenge where the player’s skills are severely tested. Such is the price to pay for those who want to change the course of history.

Steelrising will be available on the 8th September 2022 on PC PS5, and Xbox Series X|S. 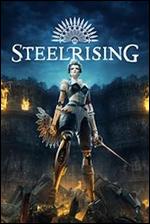