Gori: Cuddly Carnage Will Kick-Flip onto Xbox in 2023 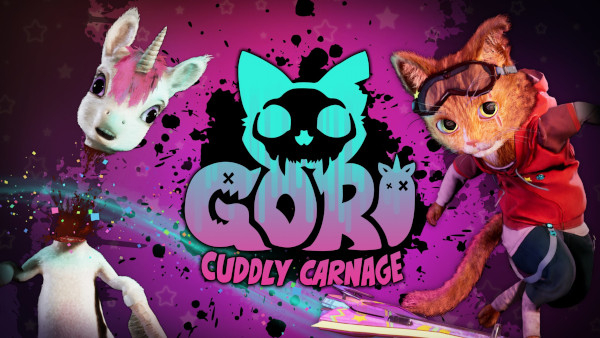 Gori: Cuddly Carnage Will Kick-Flip onto Nintendo Switch, PlayStation and Xbox in 2023

Publisher Wired Productions and developers Angry Demon Studio today announce that the cuddly skate’n’slash ‘Gori: Cuddly Carnage’ is coming to Nintendo Switch, PS4, PS5 and the Xbox family of devices alongside the PC release in 2023. Players can get their hands on a new playable demo, available now as part of the Steam Bash Bash event.

Developed in Unreal Engine 5 and winner of the Epic MegaGrant, Gori: Cuddly Carnage is a third-person hack ‘n’ slash adventure set in a futuristic neon world of extreme and mutated toys. Play as the adorable feline hero, Gori, on a death-dealing hoverboard to save the cuddly crew from certain cat-astrophe. Purr-use the range of action-packed abilities players can look forward to in Gori: Cuddly Carnage in the brand-new trailer below.

The Official Gori: Cuddly Carnage Discord also launches today and is home to dedicated content that cannot be found anywhere else. Come speak directly with the developers Angry Demon Studio, the positively chaotic minds behind the twisted and toy-filled world of Gori: Cuddly Carnage, and be first in the queue when the closed beta is announced!

“We’re thrilled to announce that our lovable hero, Gori, is kick-flipping his way to consoles in 2023, which we hope is meow-sic to everyone’s ears!”, said John Kalderon, CEO at Angry Demon Studio. “We hope gamers enjoy the brand-new trailer and discover more about the intense hoverboard combat in our adorable, yet deadly world of Gori: Cuddly Carnage!”

“We’re purr-leased that Gori: Cuddly Carnage is coming to both consoles and PC in 2023,” said Neil Broadhead, Head of Marketing at Wired Productions. “The Steam demo for our action-packed and foul-mouthed game, stuffed with intense destruction and brutal combat, is available now - and we cannot wait to see everyone’s reaction to it! ”

Gori: Cuddly Carnage will be releasing on PC, Nintendo Switch, PS4, PS5, Xbox Series X|S, and Xbox One in 2023.