Recently, a rather nasty rumor surfaced stating that the hotly anticipated epic shooter, "Medal of Honor: Allied Assault" would be cast into the developmental abyss, never to be seen on anything other than a PC.

Well, folks. I am proud to disseminate the following bit of good news to all of you---Medal of Honor: Allied Assault has been confirmed for an upcoming (yet undisclosed) release date for the Xbox.

Currently being developed by 2015, Medal Of Honor: Allied Assault is a first-person shooter set in the time period of World War II, and is scheduled to debut on the PC platform in a matter of weeks (February 1st, 2002). It had always been expected that the developer would concentrate efforts on the Xbox version once the PC launch was completed.

However, when the afore mentioned "rumor" rapidly propagated game sites worldwide and contradicted our expectations, we gamers were left with a sinking feeling in the pit of our green-glowing stomachs. Thanks to CVG, we may rejoice once again.

A spokesperson for EA confirmed today that the game was still on track for an Xbox launch:

While there is still no confirmed release date for Medal Of Honor: Allied Assault on the Xbox platform, we can at least breath a collective sigh of relief upon hearing this fantastic bit of news.
Source: http://www.computerandvideogames.com 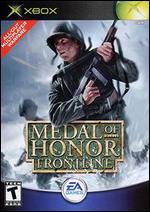