Unsurprisingly, the release of Interplay’s Galleon has slipped once again and is now slated for a fall 2002 launch.

The Galleon release saga continues as Interplay and developer Confounding Factor have once again delayed the game’s release. Most recently slated for a March release, the game has now been pushed back to Q3 2002 and could be out as late as September. Interplay has not commented officially on the reason behind the delay, but it’s no secret that Confounding Factor is highly concerned with getting everything about the game to its liking. The departure of key team members hasn’t helped the cause either.

On a positive note, the game is already up and running on both GameCube and Xbox hardware and is taking specific advantage of each hardware’s capabilities. Galleon, which stars the dashing pirate captain Rhama Sabrier, will be released first on the Nintendo GameCube, followed by an Xbox release.
Source: http://www.gamespot.com/ 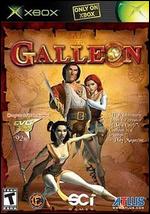