The epic role-playing game Morrowind received numerous awards and accolades at the E3 2001 trade show, including best Xbox game by Gamesmania, one of the Top 20 games of E3 by GameSpot and Voodoo Extreme, Best RPG of E3 by Gamespy, and more. Morrowind has already been featured on the cover of several magazines in the US and Europe.

Morrowind is the third chapter in the award-winning Elder Scrolls series, which includes Arena (1994 RPG of the year) and Daggerfall™ (1996 RPG of the year). Featuring a simple interface and focused gameplay for beginners, and staggering depth and inexhaustible variety for the gaming veteran, Morrowind will appeal to a broad target audience across multiple age groups and platforms. Morrowind also comes with an extremely powerful, user-friendly game editor, called the TES Construction Set, which allows you to create and download new content to play in your existing game, making Morrowind an infinitely expandable game.

"Morrowind is one of the most eagerly awaited games of the year," declared Alain Corre, Managing Director for Europe, Asia Pacific and South America, Ubi Soft Entertainment. "The media are already very excited about it, months before its release. We hope it will be just as successful as Daggerfall – the previous chapter in the series."

“The response we’ve received so far from European media and fans has been tremendous,” said Vlatko Andonov, president of Bethesda Softworks. “We are very excited to be bringing games of this caliber to Europe, and to be working with a quality company like Ubi Soft.”

Morrowind will be released this spring in Europe.
Source: http://www.bethsoft.com/ 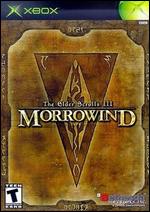