MotoGP is the world’s fastest, most advanced form of motorcycle racing. With 16 Grand Prix races taking place on all five continents, MotoGP is watched in 208 countries around the world with an average audience of 329 million television viewers per event. The world’s leading motorcycle manufacturers including Honda, Suzuki and Yamaha all participate with their own state-of-the-art, high-tech motorcycles unique to the MotoGP Championships. MotoGP is owned and controlled by Dorna.

"We’re thrilled to bring the power and advanced racing technology of MotoGP to the Xbox," said Germaine Gioia, vice president, licensing, THQ. "With more than 50 years of racing heritage and 1.5 million trackside spectators, MotoGP is one of the strongest worldwide motorcycle licenses."

"We are very pleased with our agreement with premier game publisher THQ," commented SR Carmelo Ezpeleta, CEO, Dorna. "Once more, MotoGP steps to the forefront of motor sports by linking one of the greatest sports on wheels with the latest technology released by Microsoft." 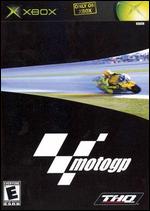 Xbox one no signal
Post by debrartin
0 Replies, 38402 Views