Well, this is for keeping the buzz around this hot Xbox game alive. It’s a favorite here at Xbox Addict, so it’s really cool to see something new on it. Robin Hood: Defender of the Crown is Cinemaware?s first internal game production, and the guys are working hard on it for the Xbox, PlayStation 2, and Window’s PC platforms.

As you know, the product is based on Cinemaware?s hit game Defender of the Crown, first released in 1986 on the Commodore Amiga. So it’s a classic among old-time gamers like Stephen. Through a fresh and compelling blend of strategy and high-action, Robin Hood: Defender of the Crown puts players in the boots of the legendary Robin Hood. As Robin, players must use strategy, cunning, and quick reflexes to defeat Prince John, rescue King Richard, and reunite England. Basically, it holds true to the plot of the legend where the poor get richer and the rich get poorer!

Anyway, the news is that the hard working folks at To the Game have interviewed Cinemaware CEO Lars Fuhrken-Batista on the latest of Robin Hood, and there’s some really good stuff on it. I personally think the box art of this game sucks though, but it’s not the game, which i’m expecting a lot out of. Here’s a little cut of the interview:

TTG: Judging from the earlier pictures released, the new 3D look will certainly bring the game to a whole new level with huge possibilities. Are you afraid that the new look will make the game differ too much from the original?

Cinemaware: This could certainly be true if we employed 3D for the sake of using 3D-based gameplay, like games such as Tomb Raider and Quake, which need it to make the primal concept at the core of their games (running in a 3D environment) work. In our game, we are using 3D to make the world and the action sequences more believable, rather than focusing on the technology as it is. To make the game follow in the visual quality of the original, we carefully studied the color palette, textures, and cinematic angles to employ in order to convey that unique "Defender of the Crown" look so many people love. Even our 3D characters follow a certain look that was present in the original.

Click on product profile for some screenshots and enjoy! 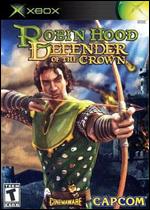