Malice, the once thought Xbox exclusive action game featuring a girl with a hammer, is now also a PlayStation 2 multiplatform game. So, with Argonaut and Malice being back in the news, GameSpot inverviewed Argonaut about the PlayStation2 version. The Xbox version is mentioned too, and there’s more information on the game that was previously unknown. Here’s a snip:

GameSpot: Some stages exclusive to the PS2 port have been mentioned. Can you tell us anything about these?

Argonaut: Well, we don’t want to give too much away at this stage. There were levels that fit into the game and storyline that were originally designed, and we felt they would work better on the PS2 version. They add a little more depth to the game and provide more challenges and gameplay. We don’t need to add that these are incredibly gorgeous to look at and really add to the atmosphere of the game.

Ok, I seriously don’t get what would work better on the PS2, and not on the Xbox. You could have a little challenges and gameplay on Xbox too, and yeah you don’t need to add that there are incredibly gorgeous, but you missed to added the fact the Xbox version looks better, and is what got this game known in the first place.
Source: http://gamespydaily.com 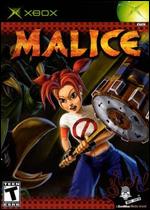 Xbox one no signal
Post by debrartin
0 Replies, 98488 Views