As we reported earlier, the next-generation Terminator game being developed by Paradigm and Infogrames is coming to the Xbox. The official title of this game is Terminator: Dawn of Fate, taking place two years before the T-1000 Terminators in 2027. The game features three playable characters with their own unique characters, each with their own signature weapons and 20 different standard weapons to choose from. The two playable characters known are Kyle Reese, the unknowing father to John Connor, leader of the human resistance against SkyNet, and a special ops soldier named Catherine Luna. The third playable character is secretive, hence unknown.

There are now 26 screenshots available for your viewing pleasure over at CVG. It's obvious these are early screenshots of the game, but the shadowing and lighting effects are looking really good. The bullet effects as they shoot out of a gun are cool too, and the robots don't look half bad, but they do look like pieces of stained scrap metal that got put together in order to save money, time, and resources... a shame. I just hope these screenshots are early, and that the game isn't even half-way done because I wasn't too impressed. I did, however, like the screenshot of the fire exploding from a grenade. That was awesome.

UPDATE: There are 6 more screenshots over at CVG now, just follow this link
Source: http://computerandvideogames.com 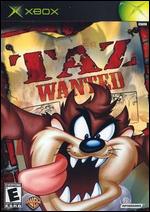