Bandicoot fans rejoice! Today, Universal Interactive, Inc. announced that an enhanced version of Crash Bandicoot: The Wrath of Cortex will make its way to the Xbox console sometime in first quarter of 2002.

"Universal Interactive's decision to ship Crash Bandicoot: The Wrath of Cortex for Xbox was determined by Crash's consistent and overwhelming popularity worldwide", said Jim Wilson, president of Universal Interactive. "Now a new generation of gamers will have the chance to play Crash on a brand new, powerful system that shows him off to his best advantage."

The new version of the title utilizes the enhanced graphical capabilities of Xbox to produce the most realistic special effects ever seen in a Crash game including a new fur coat for the orange marsupial.

"It's exciting for the Xbox gaming community to see the legendary Crash Bandicoot appear on Xbox as our first well-established, character-based franchise of 2002", said J Allard, General Manager, Xbox Platform.

Consumer feedback has been incorporated to improve the playability of the game. Level load times have been significantly reduced and hints are provided to the player at strategic points throughout the game. Crash Bandicoot: The Wrath of Cortex offers exceptional replayability with more than 40 hours of gameplay, multiple play modes, time trial sequences, and five bosses in more than 30 levels. 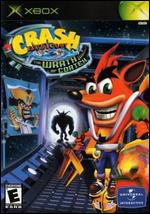