Spider-Man: The Movie Game immerses the players in the high-swingin’, web-slingin’ world of the feature film starring Tobey Maguire and Willem Dafoe (due for release in May 2002). The player assumes the role of the super hero himself, weighing great power with great responsibility as he embarks on a career to thwart crime and put an end to a mastermind criminal, the Green Goblin, and his legions of evil. All-new aerial combat, in-air control and free-roaming capabilities add to a franchise that has already enjoyed astonishing success.

All-New Aerial Combat and Maneuverability - Players fight evil high above, below, and throughout New York City in a dizzying array of battles.

All-New Super-Villains - Fans take on the Green Goblin and other archenemies including Shocker, Vulture, Scorpion and experimental HK units compliments of OSCORP INDUSTRIES.

New Combat System - With this all-new and remarkably advanced combat system, players will be able to serve justice to common criminals and super-villains alike.

Treyarch (PlayStation 2 entertainment system; Xbox video game system from Microsoft; Nintendo GameCube) Starting with two of the founding members, Dr. Peter Akemann and Don Likeness, Treyarch is located in El Segundo, CA and has grown in the last six years over 80 employees. Treyarch has shipped Tony Hawk's Pro Skater, Tony Hawk's Pro Skater 2, Draconus: Cult of the Wyrm, and Max Steel: Covert Missions for the Dreamcast, Triple Play 2001 for the PlayStation game console, Triple Play 2000 and Nagano Olympic Hockey 98 for the Nintendo 64, and Triple Play 2001 and Die By The Sword for PC systems. Current projects include Triple Play Baseball for the PlayStation 2 and PlayStation, and Spider-Man for the Dreamcast.

We have (7) Brand new screens showcasing Spidey's webslinging adventures. Be sure to check out the profile page to see them all.
Source: http://www.xboxaddict.com/ 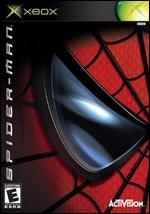