The Knockout Kings 2002 redesign increases the game’s responsiveness and fluidity, boxers now move with the speed and agility of their real life counterparts. Players now can float like a butterfly and sting like a bee when playing as Ali. The vastly improved boxer polygonal count makes for the most detailed boxers in the history of the franchise. Face mapping technology allows EA to record every feature on a boxer’s face and recreate it in the game. Face mapping brings to life the punishment and emotion in the ring by utilizing more than 30 points on the face to render expressions and damage throughout the fight.

Players can feel the difference over previous fighting games which left the health meters on screen during a match, letting your opponent know when you are in danger of being knocked out. With the force feedback controller now delivering an increasingly rapid heart rate as an indicator that the boxer is close to being knocked down, gamers will realize that they need to box defensively or go for a quick knockout without their opponent knowing.

The game features the sport’s most coveted legends and current champions, including boxers exclusive to Knockout Kings 2002 like Muhammad Ali, Joe Frazier, Sugar Ray Leonard, Lennox Lewis and Oscar De La Hoya. Felix "Tito" Trinidad, Zab Judah, Floyd Mayweather Jr. and Fernando Vargas also are featured with a myriad of fictional boxers, each with their own unique personas, attributes, strengths and weaknesses. In total, more than 40 licensed and non-licensed boxers are available to choose from or you can create your own.

The career mode allows players to create and manage the development of a boxer from neophyte to world champion with the create-a-player feature. After creating a boxer by selecting skin color, facial hair, trunks, and more, the player must work the boxer up through the ranks by developing boxer’s attributes through points earned in the ring. Opponents will deliver deeper and more varied strategies as players work their way up in rank for gameplay depth. Players complete the career mode when they successfully unify all the belts in the Lightweight, Middleweight and Heavyweight divisions.

In addition to the music soundtrack, the exciting commentary and analysis from Larry Michael and Max Kellerman keep the gamer informed on what is happening from a strategic standpoint. Referees in the game include Mills Lane and Richard Steele, keeping things fair by calling out low blows and backhands that can lose a fighter points from the judges’ card. Jimmy Lennon Jr. makes ring announcements to give the fight a big time feel. 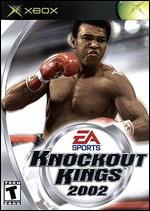